The Air Bag versus Guy Wires

Most people are not aware that sufficient intra-abdominal pressure is crucial for good core-stabilization. Core-stabilization from the inside out is driven by proper activation of the diaphragm.

Many core stabilization methods are based on the theory of bracing the muscles around the lower part of the trunk to minimize movement of the lumbar spine. Bracing the core involves tensing the abdominal muscles as if to prepare for being punched in the stomach. 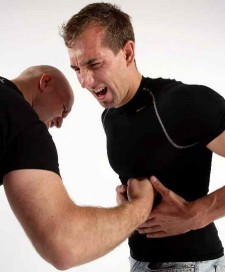 The bracing method has been explained in a way that the muscles act as guy-wires on a mast stabilizing the spine.

The bracing method has some obvious limitations. First of all it has been found to increase the compressive loading on the spine. The harder the muscles are braced, the higher the compression on the spine. The mast of the sailing boat would be exposed to the same forces. The tighter the guywires are the more stable the mast would be, but at a price of increased compressive loading.

The diaphragm-driven core stability from the inside out produces an increased intra-abdominal pressure, which works in a similar fashion to an air-bag in a car. 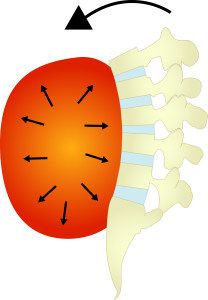 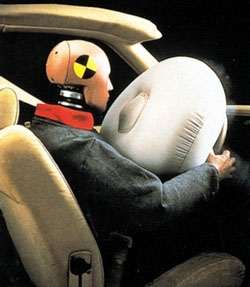 An increased intra-abdominal pressure has been shown to decrease the compressive loading of the spine. Hodges et al showed that by facilitating a diaphragm contraction an extension force was produced in a flexed spine.

It has been shown that it is not flexion, but full flexion of a vertebral unit that causes disc-injuries, and an increased intra-abdominal pressure would stop the spine from being flexed to the end range.

To illustrate this let us look at the simple act of bending a chain. A sharp bend would define the position where a disc injury potentially could occur. 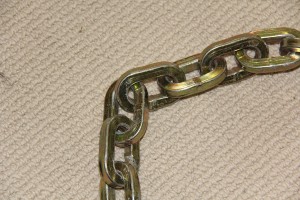 What about if we bend that chain over a fit-ball? The fit-ball represents the ball of support developed by the abdominal content being pushed together by the diaphragm, pelvic floor and an eccentric contraction of the entire abdominal wall. The firmer the pressure of the ball, the less likely it would be that the chain would be subject to a sharp bend at any point. 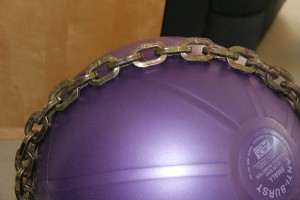 Another argument against the bracing method is that when performing bird-dog and plank exercises while bracing, it was noticed that a deep breath in actually decreased the stabilization instead of increased as assumed. A deep breath in with proper diaphragm activation will improve stabilization.

The most obvious sign of proper stabilization with a sufficient intra-abdominal pressure is the filling out of the concavities at the lateral lower abdominal wall. 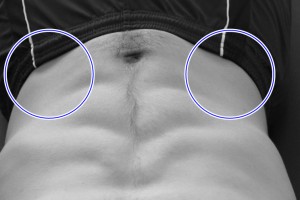 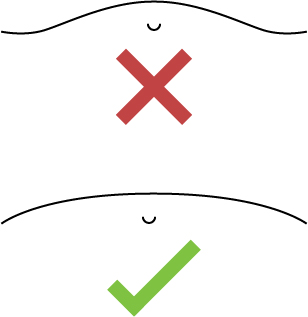 If there are hollows (concavities) present, the pressure is not enough to stabilize the lower section of the spine.

When it comes to protecting the spine the air-bag beats the guy-wires. 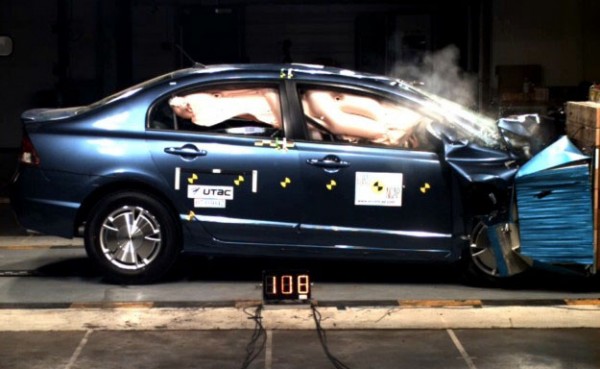